The change of season can mean many things to many people. For some, the crisp autumn air brings to mind vivid foliage, apple picking, and a welcome respite from the incessant activity of summer. For others it means an end to long sunny days, the dwindling of fresh local produce, and a prelude to the bleak specter of winter. No matter how you look at it, the changing season can have an affect on your sleep pattern.

Anyone who’s seen a chevron of Canada Geese making their way south, knows how powerfully the seasons can affect animals. In many cases, their very lives depend upon the rhythm of the seasons. Humans however, are in a slightly different situation. "Humans are not believed to be all that seasonal, but there are exceptions to this," said Iggy Provencio, a circadian biologist at the University of Virginia.

While humans may not develop an overwhelming urge to pack up and head to Miami, certain brain functions do appear to change during seasonal transitions. A 2001 study published in the journal Archives of General Psychiatry found that some subjects secreted the hormone melatonin for longer periods during winter nights than during summer nights, a fluctuation also seen among mammals whose behavior varies seasonally.

The connection between melatonin and sleep, while not fully understood, is firmly established. This seasonal curve-ball, along with other factors like overcast days, and shorter hours of daylight, can conspire to interfere with our circadian rhythm.

What this boils down to is a disrupted sleep pattern. Many who experience such issues may be unaware that there could be a seasonal connection to their dilemma. Knowing that the seasons can affect us is the first step in dealing with problem. In my next installment, I’ll discuss some ways in which we can compensate for the unwanted changes* the autumn might bring with it.

*Besides a yard full of leaves that need to be raked. 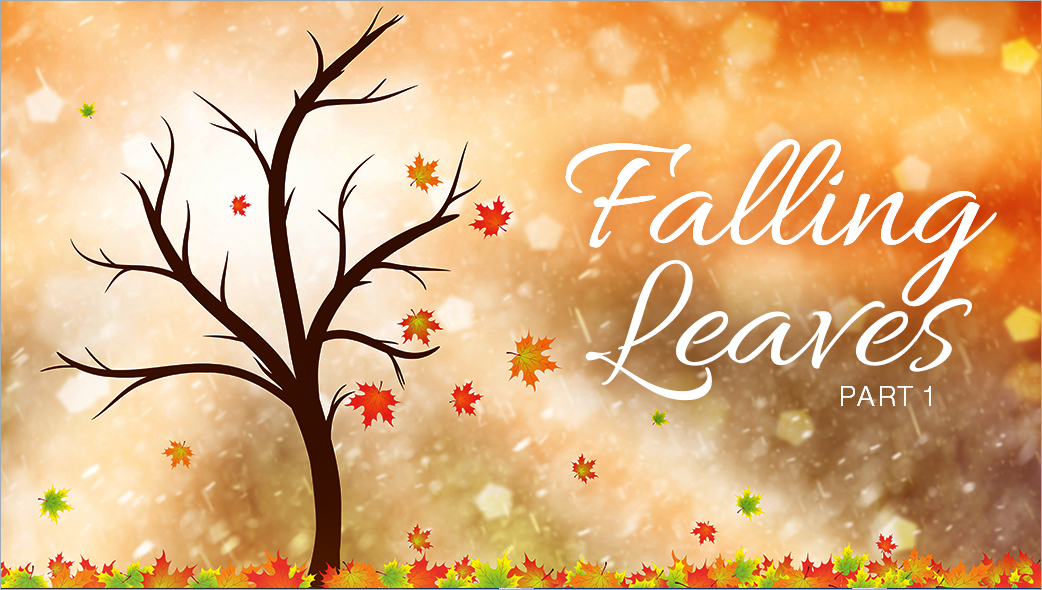 Add the Falling Leaves and Falling Asleep–Part 1 to your cart.