The air on Earth is a mixture of gases, suspended solids, and biological forms. The gas mixture is primarily nitrogen and oxygen. A very small portion of the gases are argon, an unreactive gas. An even smaller portion is carbon dioxide, a by-product of biological organisms and human activities.

The suspended solids include soot, soil, pollen, mold, bacteria, viruses, and various other materials that can be harmful. A variety of methods have been developed to make the air easier to breathe by filtering out the suspended solids. Air filtering aims to remove solid contaminants in the air.

Air filtering is a simple and straightforward process. Air is forced through a mat of fibers which are packed tightly enough to trap miniscule particles, but not so tightly that air cannot pass. Particulate matter that collides with a fiber will stick to the fiber, meaning that when the air comes out of the other side of the filter, any particles that collided with a fiber will be left behind.

One drawback of fiber filtering is the need to change the filter periodically. This can prove expensive over time, and if there are no spare filters on hand the risk of running an air filter with a dirty filter is increased. Also, if there is sufficient moisture in the system, mold and bacteria can grow in the filter medium, posing potential health risks until the filter is swapped out.

Electrostatic filters dispense with the need to replace physical filters by imparting an electric charge to incoming air. The particles in the air are then attracted to an oppositely charged plate, or to the surrounding environment. The plates can be cleaned and reused, meaning that the problem of replacing a filter is avoided.

The fibrous and electrostatic filters take care of solid pollutants, but as far as removing volatile organic compounds goes, other steps are required. Activated carbon is specially processed carbon, often charcoal, that has a very large surface area. Volatile organic compounds readily adhere to the surface of the activated carbon. This process, called adsorption, differs from absorption in that the molecules only stick to the surface of the solid carbon instead of absorbing into the body. Air purifiers with carbon filters include an activated carbon layer that captures gaseous and suspended liquid pollutants from the air.

Air filters can only filter the air that passes through them. This is why it is recommended to place multiple air filters throughout a home. An alternative arrangement for air filtering an entire home is to place the filter within the HVAC system. The air filter can be placed between the intake of outdoor air and the rest of the system, and can also be placed in a recirculation line to help filter already conditioned air.

In the close quarters of a hospital ward, an infection can quickly move from patient to patient. Transmission of airborne diseases between patients in hospitals can be reduced by ensuring that air delivered to different rooms has been through an air filtration system.1 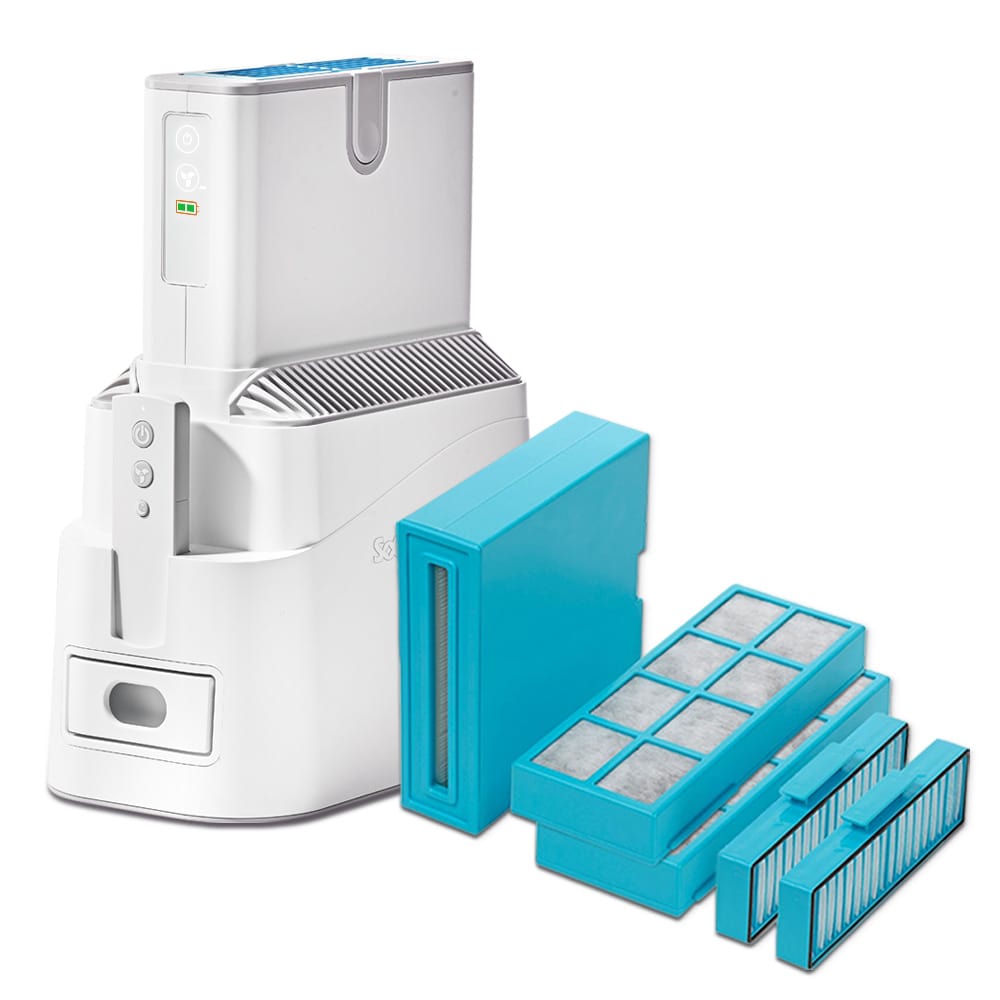 Advanced filtration replacements and accessories to enhance your EcoSystem Of Clean™. 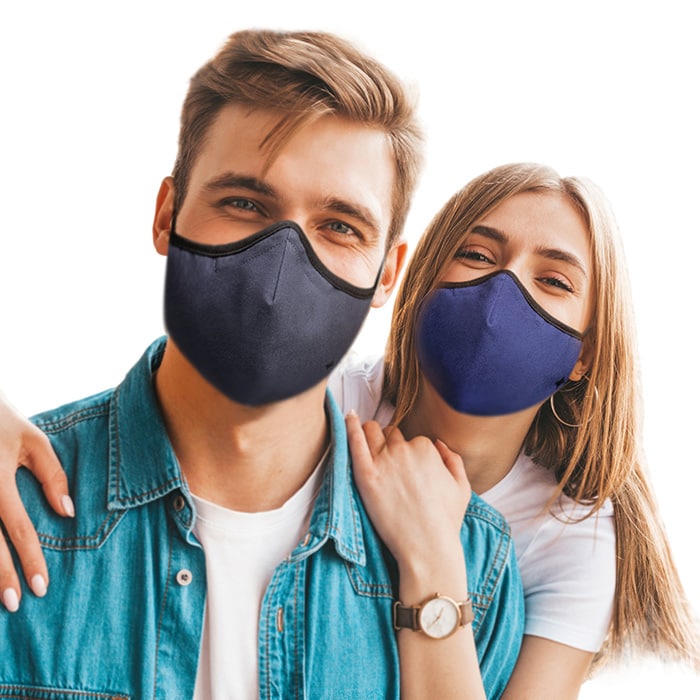 Breathe easy. We’ve got you covered.

Not all masks are created equal. You need one that not only looks great, but works overtime to create a highly effective barrier between you and airborne viruses. And, with its soft cotton construction you can count on long-wearing comfort. 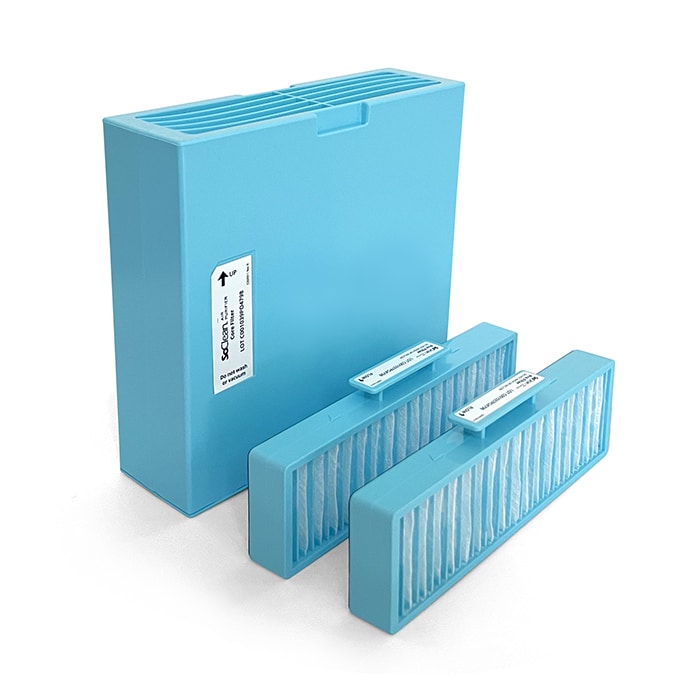 Get all the replacement filters you need to keep your SoClean Air Purifier running for the next 8 months.

Fiber-based air filtration systems are designed to work as efficiently as possible; however, there is a restriction in airflow as air passes through the filter medium. The HEPA filter standard puts limits on how much a HEPA filter can restrict air. Electrostatic filters, which use an electric charge to cause particles to adhere to charged metal plates, cause a much lower drop in air pressure than fibrous media filters.

That’s all the stuff that was in the air and could have ended up in your lungs! Air filtering works best with a clean filter, so make sure to replace or clean the filter regularly, according to the manufacturer's guidelines. When the filter gets dirty, optimal airflow is restricted. This leads to a slowdown in the amount of air that can make it through, and less air can be processed.

Price alone doesn’t determine how well an air filter works. Look for independent research or testing for a given model before purchasing an air filter, air purifier or air cleaner.

Air filters can only filter the air that manages to pass through the filter. As particles start to accumulate on the filter, air flow is reduced, meaning that less air is processed. This makes the air filtering less effective. 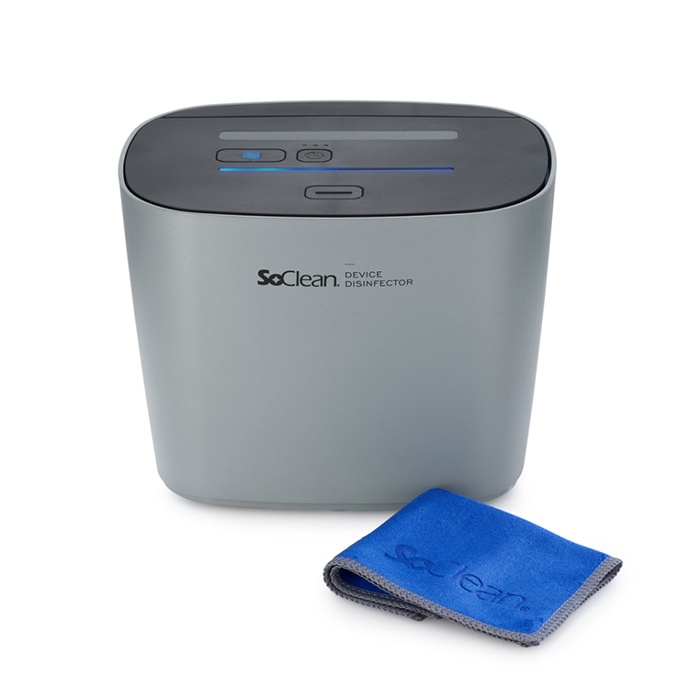 Refresh yourself … and everything else in your home.

The SoClean Device Disinfector and PowerWipe work together to create a natural cleaning system for high-touch items, using safe and effective Activated Oxygen. 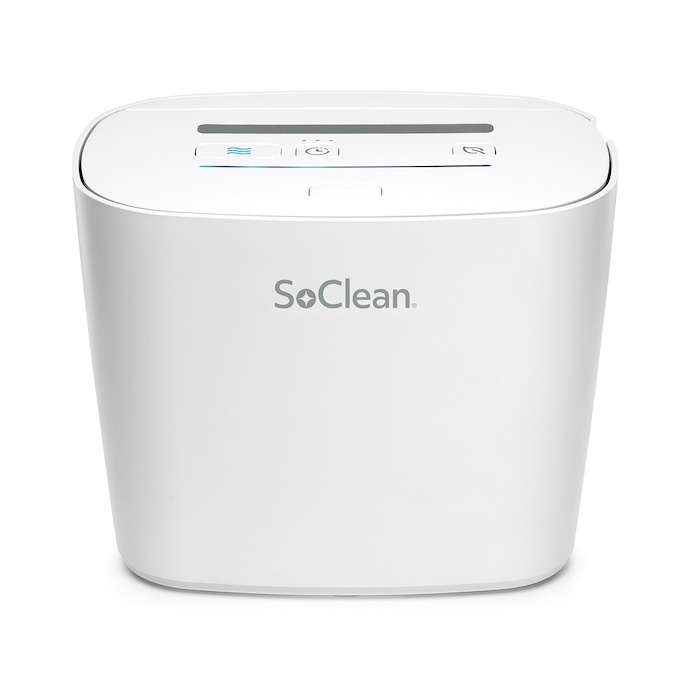 The fastest, easiest, and most effective system for sleep equipment maintenance. Without disassembly, without water, without chemicals — without worry. 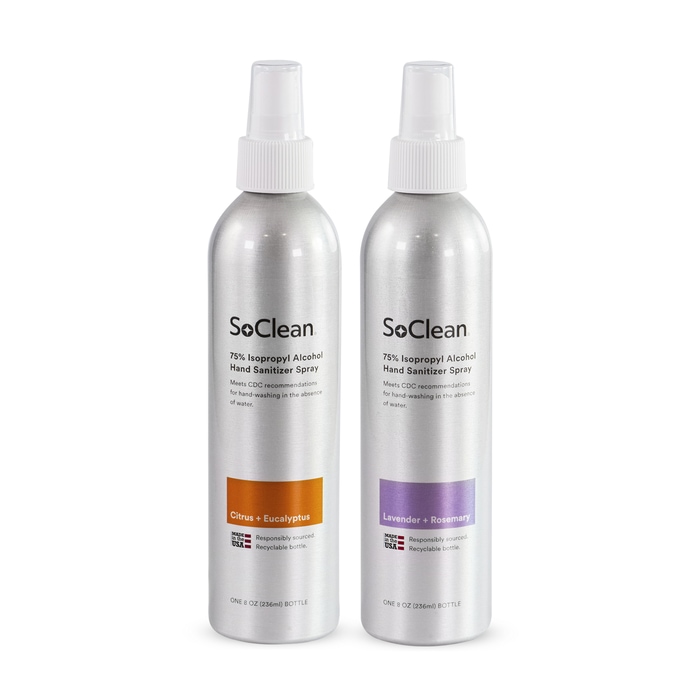 Summer can get dirty. Save on protection and peace of mind!

One down payment today + 3 payments in the future.

Easy Pay will not charge you interest or fees. Other potential interest, fees and/or charges may apply from your card issuer.

To be eligible for SoClean Easy Pay, you must own a VISA or MasterCard, American Express, Discover, or JCB credit card.

and 3 equal payments in the future.

Easy Pay+ will not charge you interest or fees. Other potential interest, fees and/or charges may apply from your card issuer.

To be eligible for SoClean Easy Pay+, you must purchase a new SoClean 2 from the soclean.com website and you must own a VISA or MasterCard, American Express, Discover, or JCB credit card.