When Sleep is Unwelcome

Falling soundly asleep is usually a highly sought after reward, especially after a long day’s activity. There is however, a situation when sleep is most unwelcome–behind the wheel. It’s been estimated that some 250,000 Americans get behind the wheel daily while in a state of sleep deprivation. Driving under these circumstances has been compared to driving while intoxicated, and indeed, in some states the law views them in a similar light, even issuing jail time for those found guilty of this offense. Nodding off behind the wheel is insidious, partly because we often don’t recognize that it’s happening.

In a condition called microsleep, a person’s eyes can be open and they can seemingly be awake, yet their brainwaves show that they’re actually in a state of sleep. Such microsleeps can last from a couple seconds, up to a half-minute. A car traveling at 60 miles per hour can travel the length of a football field in just three seconds, so even a very brief microsleep can put a driver out of the picture for a dangerously long distance.

Some of the old standbys for combating such sleepiness, like rolling down the windows, turning up the radio, even slapping oneself in the face, do little to alleviate the situation. Caffeine can offer some relief, but such relief is usually short-lived. Ultimately the body’s going to do what it wants to do. If it wants sleep, it’s going to get it one way or another. A better choice for dealing with sleepiness while driving is to pull over and take a brief nap. I know this sounds counterproductive in today’s hectic world, but it’s far more productive than spending weeks in a hospital bed, or worse.

Such alarming statistics connected with sleep deprivation should help us put into perspective just how important a good night’s sleep is. Besides protecting us while driving, it also offers countless health benefits. If we’re facing any obstacles to getting a good night’s sleep, we really owe it to ourselves to confront them and do whatever’s necessary to put them out of the picture. This will help insure that when it comes time to nod off into peaceful slumber, it will take place in our bedroom, not on the interstate. 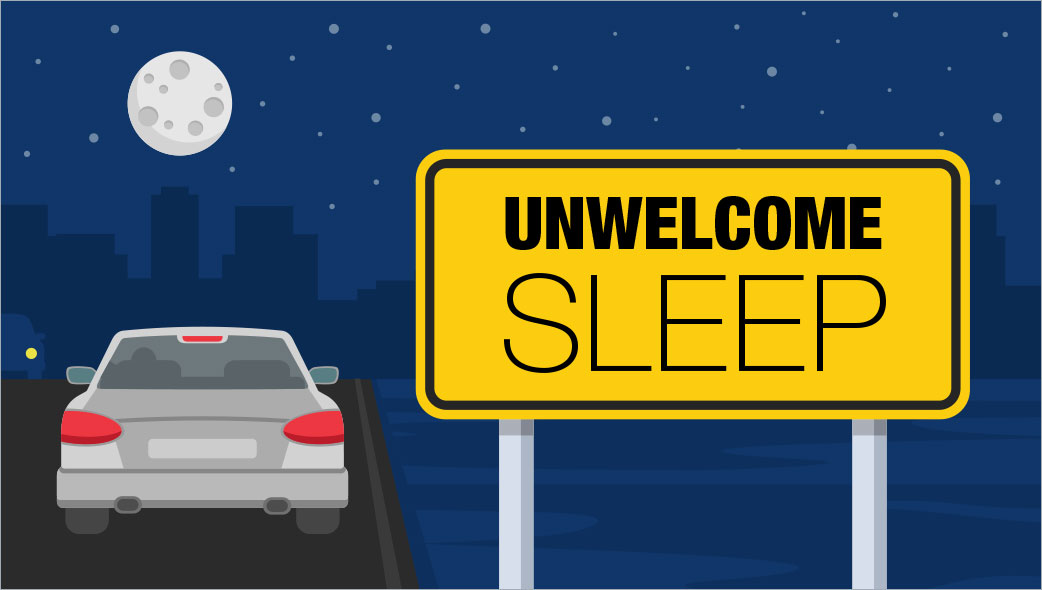 Add the When Sleep is Unwelcome to your cart.